I was on a 14 hour flight from Sydney to LA and had just finished the third in-flight movie. Between the recycled air and the movie marathon my eyes felt as dry us unbuttered popcorn. My ipod battery was depleted, and I was getting restless. I got up to stretch my legs and looked around at the other passengers. Most of them looked like bobble head dolls, as they slipped in and out of sleep, pacified by on-demand in-flight entertainment and  sluggish from the consecutive airline meals and snacks. Some of the passengers were equipped with anti-bobble inflatable neck pillows shaped like toilet seats. Some were even sleeping so deeply their jaws hung slack (“catching flies” as my dad used to say); one man reminded me of a fat baby waiting for the flying spoon to land in his mouth. I think it was because he was bald and his little airplane blanket was wrapped around him like a bib, complete with crumbs. I envied the sleepers, I have never been good at sleeping on planes. I still had a 6 hour layover in LAX and a 10 hour flight to Paris ahead of me, too. “Uggh. This sucks.” I thought to myself. Then I dug the book out of my carry-on. The book that always reminds me of how lucky we are, all of us modern-day adventurers and dharma bums, in this modern age that allows us to fly half-way around the world (literally) in 30 hours. Anyone that ever complains about present-day transportation, or feels that their “inner explorer” is hobbled by insurmountable obstacles, should read about James Holman.

James Holman was a British adventurer, writer, and master of his own fate. He was born in 1786, and explored the world extensively in the early 1800’s, traveling somewhere around 250,000 miles over the course of his lifetime (the famous explorer Marco Polo, by comparison, only traveled approximately 33,000 miles). He traveled throughout Europe walking much of the time; he traveled by horse and carriage east across Russia (until he was imprisoned in Siberia and forced to turn back). He spent 5 years circumnavigating the globe, fighting the slave trade in Africa, exploring the Australian outback, exploring the Brazilian rainforest, and writing extensive accounts about the cultures and exotic locations he encountered along the way. He was the first westerner to travel the world alone and for the sole purpose “going out to see” (not part of a large expedition or commissioned by a government). These feats alone were unprecedented, and done in a time when journeys were long, arduous, and uncertain; but the most amazing fact of the story is that James Holman did all of this completely blind. 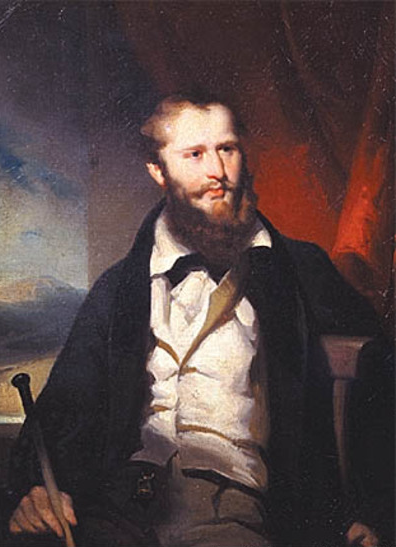 While commanding a ship for the British Navy Holman became ill with a form of rheumatism that caused him lifelong crippling pain and total blindness at the age of 25. In a time when the blind were given bowls to beg with and rags to cover their eyes, James Holman overcame the social stigma of blindness to become a celebrity traveler and best-selling author. He used eco-location (tapping a metal ball that was on the end of his cane to the ground and listening to the vibrations off of objects) to “picture” his surroundings. Equally amazing was his ability to travel so extensively on such a meager budget. Quite simply put, James Holman was detemined to fulfill his childhood dreams of world discovery.

Sadly, Holman outlived his fame. Despite being a best-selling author and international celebrity, his legacy was mostly buried before he died. His critics planted seeds of doubt in the public conscious as to how a blind man could describe so well these exotic locations and cultures, and he faded into obscurity. He died just one week after completing his auto-biography, which unfortunately was lost and never published.

To read more about the adventures of the Blind Traveler check out the book “A Sense of the World” by Jason Roberts. It is the only thorough modern account of this inspirational man.

“Time, if not space, renders all of us travelers. Cling as we might, we are ultimately compelled to let go of the familiar, to forge affinities with the new, and to sense the approach of the more unfamiliar still. We feel our way. If we are as fortunate as the Blind Traveler, we are given the grace to listen, with equal attention, to the intelligence of winds and the solemnity of silence. To remain, joyfully, awake to the path itself. -Jason Roberts, author of “A Sense of the World “

The following is prose written by James Holman. I’m not sure if this refers to female beauty (he was quite popular with the ladies; he said he was luckier than sited men because he sensed more beauty in women) or his perception of beauty in general, but either way it rings true.

The beauties of the beautiful are veiled before the blind

Not so, the graces and the bloom that blossoms in the mind

The beauties of the finest form are sentenced to decay

Not so, the beauties of the mind

they never fade away.